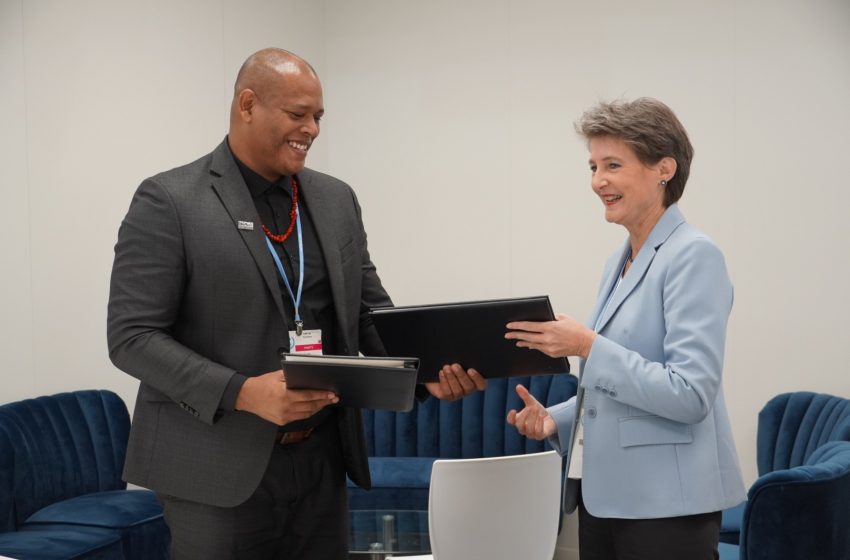 Dominica has signed a carbon-trading agreement with the Confederation of Switzerland to advance the goals of Article 6 of the Paris Climate Agreement.

The agreement was inked by Minister for the Environment, Rural Modernization, and Kalinago Upliftment, Hon. Cozier Frederick, at the United Nations Climate Conference (COP 26), in Glasgow Scotland.

The agreement will facilitate Dominica’s transition to climate resilience and low carbon economic transformation and will include electrification of the island’s transport sector.

Under the agreement, the Government of Dominica will have access to comprehensive financial support to implement projects resulting in measurable carbon reductions.

The government has already approved a feasibility study for the National Low carbon Transport Project, being undertaken by Grutter Consultants, a Switzerland-based firm.

It will also explore options for pedestrian walkways, green ammonia 2 and green hydrogen for maritime vessels, and appropriate ammonia and hydrogen infrastructure for green maritime transport and export.

Government plans to engage stakeholders to identify other appropriate projects for consideration and onward submission to the Swiss Confederation for development assistance.

Article 6 of the Paris Climate Agreement recognizes voluntary collaborative actions between countries to reduce carbon emissions, as an adaptive response to climate change and the promotion of sustainable development and environmental integrity.