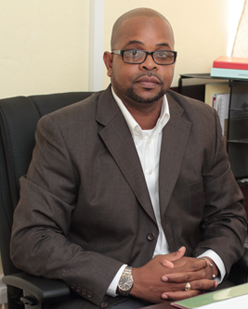 The Ministry of Public Works has expressed disappointment over what it has termed the “unfortunate” vandalism and theft of solar street lights.

In an appeal to the Dominican public on Monday, the Permanent Secretary within the Ministry of Public Works Roland Royer called attention to fallen light poles and vandalized solar battery boxes that litter the EO Leblanc and Dr. Nicholas Liverpool highways.

Royer reported that 250 light poles have been destroyed to date, at a cost to Government of $775,000.

He described the destruction as the actions of “a cluster of unpatriotic Dominicans”, who are determined to reverse the Government’s gains in road safety.

Citizens were assured that police have been investigating the matter, with two individuals arrested and charged to date.

Royer said the Ministry of Public Works believes, however, that there may be other perpetrators.

He sounded an appeal to the public to report any suspected vandalism to the police, to assist in maintaining the street lighting venture.