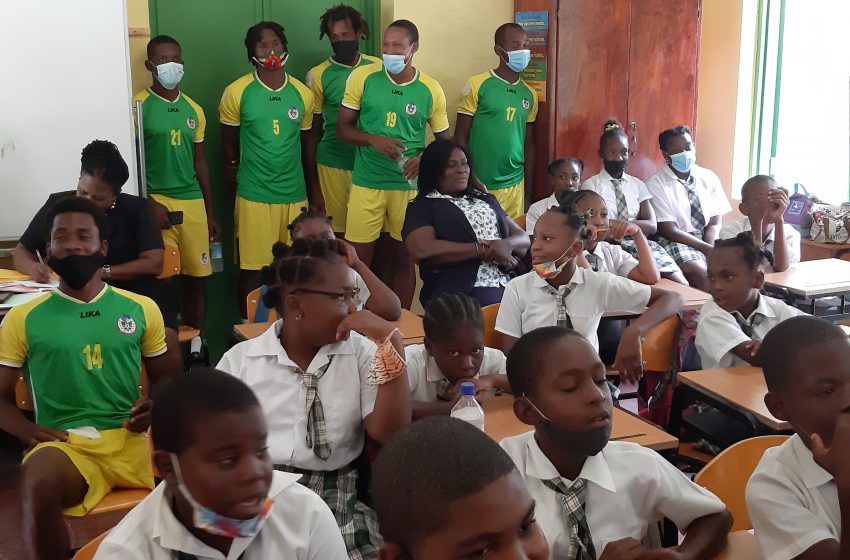 The Men’s National Football team took time off their busy schedules to meet with students of the Soufriere Primary School on Monday.

The visit formed part of the team’s commitment to giving back to the communities.

National Striker Julian Wade, National goal keeper Donte Newton and school principal Ericson Degallaire spoke with DFA Media after the engagement with the students of the Soufriere Primary on Monday.