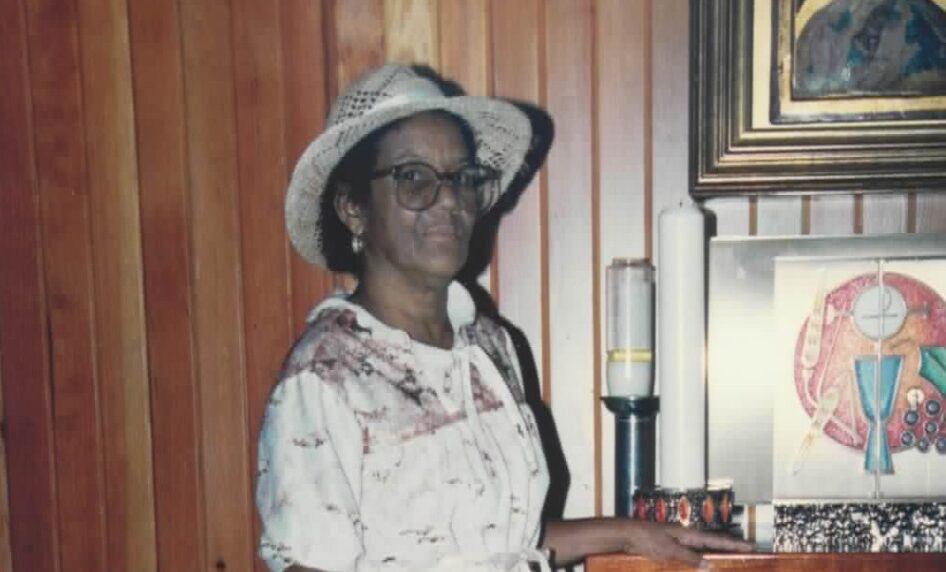 She leaves to mourn her daughters: Gilda and Anita Williams

She will remember by The Staff of the Dominica Infirmary, St Martin Primary, Newtown Primary, Jolly’s Pharmacy. And Green’s Wholesale.

She will also be remembered by the communities of Newtown, Stockfarm, Leopoldville and Colihaut

The body of the late Marie Louisa Williams nee Winston, affectionately known as Ma Papolou, or Ma Paps will be transported from Lyndhurst Funeral Home for viewing at 2:30pm at Our Lady of Fatima in Newtown on Friday 8th April, 2022. Funeral Mass begins at 3:00pm followed by interment at the Roseau Catholic Cemetery.